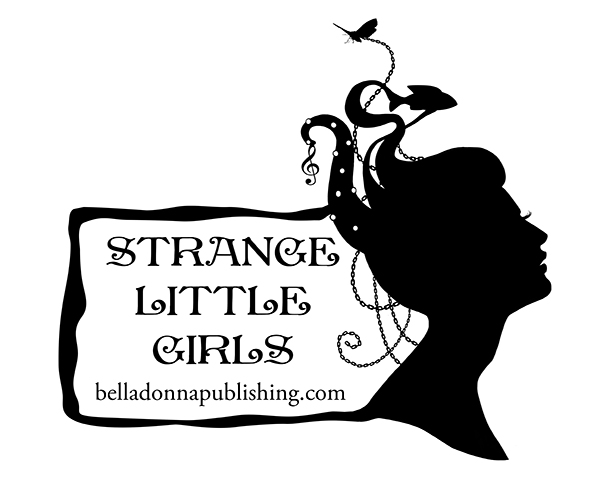 That Aurealis Award I was nominated for a little while ago…

Well, the Aurealis Awards ceremony was last night, and… 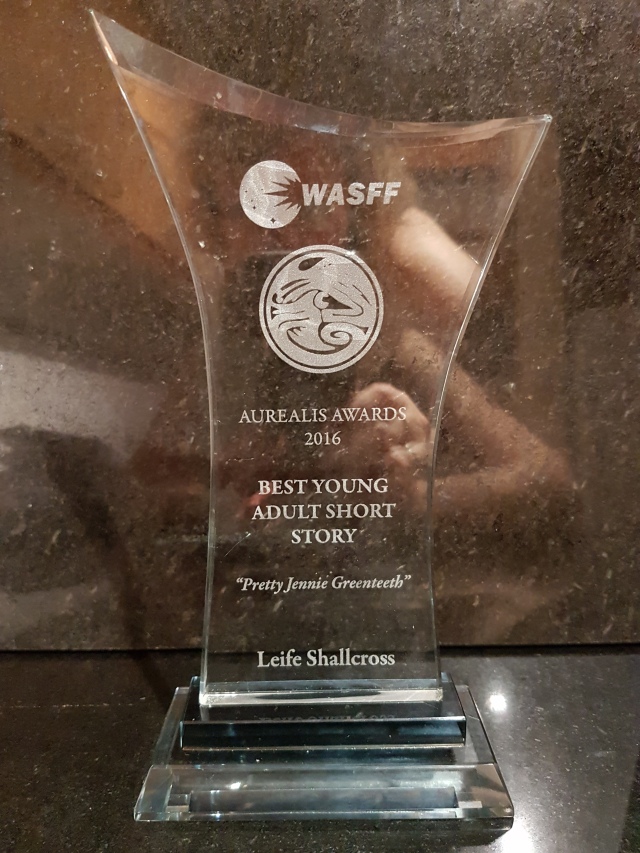 I still can’t quite believe it.

I was happy just to be nominated. Seriously, to have my work rated as being on a par with the likes of Lisa L Hannet and Tansy Rayner Roberts, not to mention my very good friend, the extraordinarily talented Shauna O’Meara, counts as achieving one of my big writing goals, right there. My cheeks still hurt from smiling 24 hours later.

I’m not sure how coherent I was in accepting the award, so I’ll repeat all the eloquent thank-yous I wish I’d made here.

Firstly, thank you to Belladonna Publishing for picking up Pretty Jennie Greenteeth and bringing my strange little story out into the world.

Thank you to the Canberra Speculative Fiction Guild for being the most amazing writing community ever and for offering generous and incisive feedback and critique on this story (and many others). It was especially exciting to share the shortlist with so many other CSFG members.

Thank you to my beautiful family for all the encouragement and giving me the space and time to write.

A big thank you to the tireless Aurealis judges for their commitment and energy in the face of a task of massive proportions.

And, finally, huge congratulations to all the 2016 Aurealis Awards nominees and winners, especially (again) CSFG members Tim Napper and Kaaron Warren, who won Best Horror Short Story (The Flame Trees) and Best Horror Novel (The Grief Hole) respectively. I have so many good friends among this list of excruciatingly talented authors, I’m still amazed to number myself among you, let alone have come home with an award.

Well, what a year that’s been.

Being a very visual person, a fun thing I’ve liked to do since I discovered it a few years ago is checkout Pantone’s colour of the year. Interestingly, for 2016, for the first time ever, they announced TWO colours for the year: Serenity and Rose Quartz. (Side note: naming paint colours is a job I’ve always coveted.) This colour pairing was supposed to express something about the need for harmony in chaos. And it was very pretty in a sort of a kittens and candy-floss kind of way.

The irony, of course, is that on many levels 2016 was not a kittens-and-candy-floss kind of year and I’m not sure that as a global society we really embraced that whole harmony thing. But, in the spirit of aspiring to Serenity and viewing the world through Rose Quartz-tinted glasses, here is my writing achievements round up for 2016.

Just like 2015, I elected to focus on novel projects. I find that what with working a day job and spending time with my lovable and hilarious family, I have to be a bit strategic about how I spend my writing time. So I didn’t do much on the short story front. Here’s what I did do:

A “tangy yellow-green” called Greenery. The comment from Pantone is all about vitality and the desire to rejuvenate.

Greenery bursts forth in 2017 to provide us with the hope we collectively yearn for amid a complex social and political landscape. Satisfying our growing desire to rejuvenate, revitalize and unite, Greenery symbolizes the reconnection we seek with nature, one another and a larger purpose.

I’m a big fan of green and, you know, nature stuff. But the cynical part of me can think of a few other associations for green in today’s “complex social and political landscape”, which are less kittens-and-candy-floss and more poisoned apple. Which is to say, I actually think green is a very fitting choice for 2017. 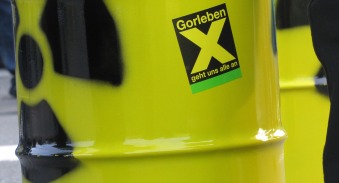 Wouldn’t it be lovely if 2017 did turn out to be all about rejuvenation and new growth and a renewed focus on environmental sustainability? And shared prosperity is actually pretty good too, so let’s have some of that.

Here’s to 2017. I hope all your good dreams come true, and we kill off a few of the nightmares. 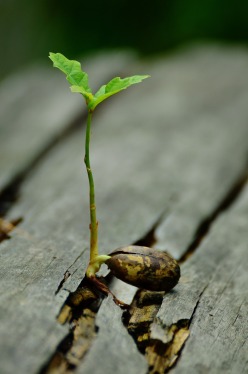