I’ve been thinking a lot about story touchstones this year, starting with my post from a few months ago on Sapsorrow’s Dress. As well as exploring some more of my own imaginative touchstones, I decided to ask a bunch of other writers about theirs. This week I’ve invited one of my 2016 HARDCOPY buddies, Chris Breach, to share his thoughts on something that inspires him and captures something of what he aspires to in his own writing.

Hey Chris, thanks for coming! OK… What is your touchstone?

Maurice Sendak’s Where the Wild Things Are.

I love that book. When did this book first emerge as a source of inspiration for you? Where did it come from?

Well, it’s a classic, one of those books you read without thinking about how good it is, necessarily. It was not until I started reading it to my kids (multiple times, night after night) that its genius began to reveal itself. For example, have you ever realised that each picture is a different shape or size? The first image is the size of a postcard, roughly, then each picture increases until you reach the three full pages where there is no text at all—just Max and the wild things roaring and dancing to the moon, swinging in the trees and parading around. Then the pictures start to shrink again as he returns across the ocean and back to his room. These sorts of intricacies reveal themselves with multiple readings, which is something I love in anything I read.

Why do you think it resonated with you so strongly?

I think we share a similar outlook on life, for whatever reason. I did not lose the majority of my family in the Holocaust, I was not traumatised by the Lindbergh baby kidnapping and murder in 1932 (as Sendak has said he was)—but I also believe that life is not fair, that it is, for the most part, a challenge, but one that has its moments of joy and tenderness and love in amongst the shit. We are both pessimists, I suppose, and attracted to the dark instead of the light. It has been worth remembering that he once vowed he wouldn’t write stories of sunshine and rainbows, because that’s not real life.

How has Where the Wild Things Are inspired your writing? Have you ever written directly about it, or does it lurk in the background of your stories?

Sendak has a control, a tightness, in his writing that is inspiring to me. I love reading short, tightly controlled narratives, and I aspire to that same succinctness in my own writing: to be able to say the most with the least number of words. I could have easily picked Oscar Wilde’s The Picture of Dorian Grey or Cormac McCarthy’s The Road for great examples of taut storytelling, but there are—surprisingly—a large number of similarities between my latest manuscript (a verse novel about racism and mass murder) and Where the Wild Things Are—they both feature morally ambiguous characters, a story without a clear resolution, and benefit from repeat readings. They have an unsettling element of fear that permeates the narrative but is never explicitly stated. And most of all, Sendak has a fearless approach to his writing that is inspirational, refusing to follow established patterns in the publishing industry (which, incidentally, got his books banned more than once).

I’ll leave you with, perhaps, my favourite quote from any author, living or dead:

I know my work is good. Not everybody likes it, that’s fine. I don’t do it for everybody. Or anybody. I do it because I can’t not do it.

Something for all us writers to aspire to. 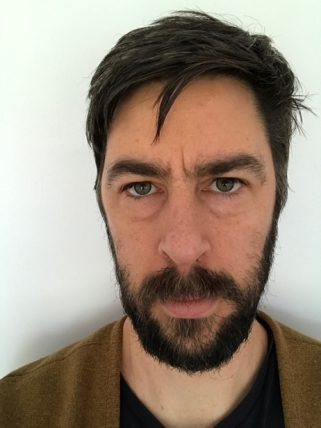 Christopher Breach was the overall winner of the Lord Mayor’s Creative Writing Awards in 2011. He was selected as a participant of HARDCOPY in 2016, a manuscript development and industry information masterclass. He participated in The Lost Art of Letter Writing as part of the Shepparton Art Festival 2016. He was a finalist for the ACU Prize for Literature in 2014 and for the University of Canberra Vice-Chancellor’s International Poetry Prize in 2015.

Just as I was prettifying this post for publication, Chris alerted me to this beautifully timed piece of exciting news…