Soooo… it’s been a while. Serves me right for trying to pick just 10 books. It was fine until I realised I only had 2 spots left… (Procrastination has always been my first choice for dealing with tricksy problems.) BUT! Australian Reading Hour is a mere 3 weeks away and on 20 September I’m doing a couple of gigs where I’ll be talking about reading and why I love it. So I’ve done some soul-searching & at long last hit on the two books I’m gonna use to fill those last three spots. I mean two spots. Wait, maybe I should just start over from 1… 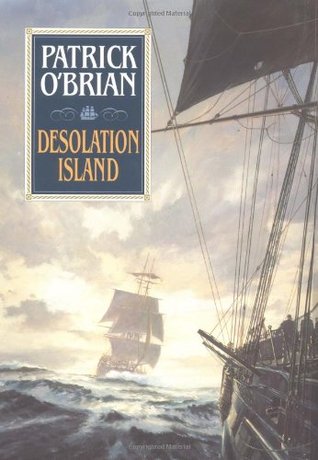 (Well, actually ALL the Aubrey-Maturin novels…there’s 20…and a half)

I first encountered these books when I was working in a bookshop in my early 20s. They were some of my favourites to tidy on the shelves, because the covers were great (you can’t see it in the cover pic above, but the publisher used old maps – a different one for each book – for the spine & back cover, and I have a bit of a hopeless fascination with old maps) and the titles were fantastic. Here’s a few of my faves: The Nutmeg of Consolation, H.M.S. Surprise, Treason’s Harbour, The Letter of Marque. For some reason, though, I didn’t pick them up and read them at the time. Just admired them.

Then my grandfather asked for the first one for Christmas as he had heard good things about them. I think I gave him the first three or four. Anyway, not long afterwards my grandfather’s health deteriorated significantly. He had a couple of small strokes and afterwards found reading difficult. So he gave them back to me, thinking I might like to read them. They sat on my shelf for a good while. I don’t know when I picked them up, and I don’t know why. But… Oh my.

Patrick O’Brian’s prose is like drinking a really good, red wine. He’s the only 20th century author I’ve read who successfully (and flawlessly) manages to capture a truly 18th century writing style. His knowledge of that era is nothing short of encyclopaedic, encompassing all things naval, the medicine of the era, natural science, music, mathematics, global geography in astonishing detail… the list goes on. He’s also funny, with that kind of understated humour where it takes a beat for the other foot to drop and suddenly you’re gasping with laughter.

He’s also written one of the most masterful suspense scenes I have ever read – and it’s in this book, which is why I picked it (it also happens to be the book they used for a chunk of the plot in the movie Master and Commander: The Far Side of the World). Two warships chasing each other down in a storm with mountainous seas… Holy hell, I had no nails left to chew on at the end of that one.

And his heroes are wonderful – flawed, genius, wonderful. And the world… Oh my. If you love wandering around in the 18th Century, these books are for you, my friend. They taught me so much about that era. They certainly cemented my burgeoning fascination with tall ships and naval officers (which possibly, probably was started watching Ioan Gruffudd in the Hornblower series). Honestly, there are too many things to rave about. One day I will sit down and read them all again.