I hope you’ve had a lovely long weekend, whether you celebrate Easter or Passover or Chocolate or just days off or anything else significant to you. (Our main celebration was my son’s 15th birthday this weekend, so there you go.)

I have been kinda self indulgent this year, catching up on back episodes of my new fave podcast, Be The Serpent, a podcast of extremely deep literary merit. It is fun, and intelligent, and exactly the right balance of enthusiastic and analytical, *and* they include discussions of fan fic as well, which adds a whole other dimension I’m enjoying. #addicted (And it’s also just been nominated for a Hugo Award, so it’s actually objectively awesome.)

Full disclosure, it features my lovely friend, author Freya Marske, alongside fellow red-headed fantasy authors Alexandra Rowland and Jennifer Mace. Freya is Australian, Alexandra American and Jennifer British. This makes for a particularly satisfying balance, but especially in episode 3, in which they discuss apocalypses and the various apocalypse-like natural disasters they’ve prepped for that are prevalent in the geographical locations they’ve lived in.

Now I just have to find more time in my life to listen to all the podcasts I want to catch up on. Sigh. Who needs sleep anyway?

I haven’t had a whole lot of writing news to share lately, so here’s some stuff I did last weekend. Last Friday was my son’s primary school’s annual trivia night, and our table always goes pretty hard on the dress-up theme. This year the theme of the night was the Silver Screen, and our table chose to dress up as characters from the Wizard of Oz. We won best dressed table!

So what did I decide to go as? Dorothy? 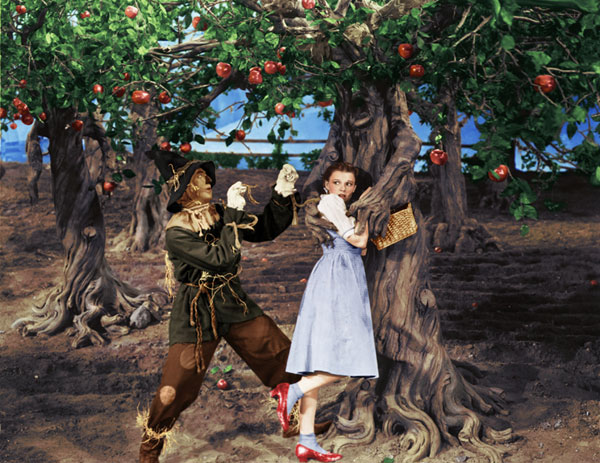 Also: my sewing machine blew up while I was making this. No, really. There were sparks and great gouts of stinky smoke and everything.

Last Saturday was a whirlwind of genre fiction goodness. First up I spent the afternoon at the launch of Ian McHugh’s award-nominated collection Angel Dust. His stories range from whimsical fantasy about turning fairies into wishes right through to one of the most fascinating and memorable sci-fi stories I’ve read, which interrogates how our assumptions might hamper our ability to understand and relate to an alien species. You should get it and read it. It’s awesome.

After that, I headed home for a nice cup of tea with the eternally energetic Nicole Murphy, which provided a much needed breather before the evening’s entertainment kicked off: the 2014 Aurealis Awards!

This year, as president of the CSFG, I was invited to present the awards for best collection and best anthology. I had the very great pleasure of being able to hand over the former to the formidable writing team that is Angela Slatter and Lisa L Hannet for their collection, The Female Factory; and the latter to Garth Nix, who was collecting on behalf of Alisa Krasnostein and Julia Rios, for their anthology Kaleidoscope: Diverse YA Science Fiction and Fantasy Stories.

Seeing as it was also the 20th anniversary of the awards, we were encouraged to get into the spirit by donning 90s clothing. My effort was limited to digging out from the back of my cupboard a pair of boots I bought in 1992 (covered in approximately 20 years of dust and cobwebs) and teaming these up with a felt fedora and a pair of big hoopy earrings. But some people went to quite a bit of effort…

It was a great night, and I really hope I can go next year when it will be in a location yet to be disclosed, but probably not Canberra. Check out the full list of nominees and winners over on the Aurealis Awards blog.

All photos courtesy of Cat Sparks

Me: Oh dear. It’s midday. I really should get up and have a shower.

My awesome daughter: No, Mum. It’s Sunday. You don’t have to do anything.

I imagine that first posts are rarely scintillating. I don’t imagine I’m going to buck the trend here. But I’ve got to start somewhere, so here’s what I’m doing right now.

Somehow I have been lucky enough to strike the domestic bliss jackpot and establish the following Sunday morning routine:

This has suffered some mild variations over the last couple of weeks. First came the discovery of Pintrest (oh my, there’s a time waster), and now this…a bloggy websitey kind of thing. What theme to choose? What to write? What pages should I have? What does this button do? Argh! How do I…?

And now I see that it is after 1 pm. I’m  not up. I’m still in my pyjamas, and I haven’t written anything.

*He really is lovely. See point 2.